Nivea in China – The tradition of beauty lives on 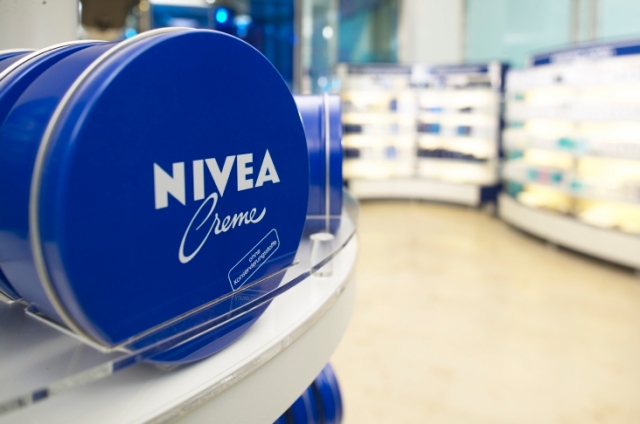 Nivea. The world-famous cream in the blue tin celebrated its 100th birthday in 2011. © Beiersdorf

Hamburg and China look back on a long history of trade relations and there is no doubt they were always taken particularly seriously. After all, one of the most important players has always been Hamburg-based Beiersdorf Group with its world-famous Nivea body care brand. For almost a century, Nivea has been setting new standards for cosmetics in China.

Hamburg‘s openness to foreign markets and their local characteristics may have been the decisive factor. A look back in history shows how this consistently translated into success in China.

Beiersdorf entered the market in 1914 and was represented by business houses located in Hong Kong, Shanghai and Beijing. But it was only in the 1930s that the company intensified its commitment to and involvement in the Chinese market. To promote business with China, Beiersdorf sent its own representative, consolidated the representations into one business house and set up what they called the “Beiersdorf propaganda department” in Shanghai in 1935. This step, which may have been crucial for later success, was financed by the Hamburg headquarters and aimed at harmonizing local market knowledge with the uniform international brand. All costs for newspaper advertisements, samples and testers, distribution of printed or promotional material specifically imported from Germany were borne by the German head office. 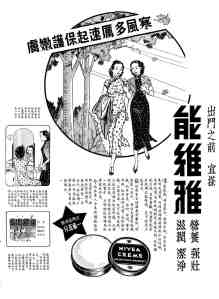 The ability to preserve beauty: Nivea advertisements from the 1930s. © Beiersdorf

The first step was to translate the “Nivea” brand name into Chinese. A highly successful equivalent was composed that combined phonetic and semantic aspects and prompted the desired associations in customers: 能维雅, pronounced neng-wei-ya, could preserve beauty. In order to stress the phonetic aspect more, the company now uses the characters 妮维雅 (ni wei ya), but beauty and Nivea remain synonyms.

When the brand was introduced, Beiersdorf had to consider not only the distribution channels but above all the fact that the market was characterized by a high proportion of first-time buyers. In order to reach out to these buyers successfully, the company mainly used visual communication. Picture stories with little text vividly showed how the all-purpose and all-weather Nivea cream could be used and how it worked. Mentioning that the product was made in Germany generated a high level of confidence in customers, but the campaign also stressed that the positive characteristics of the product were recognized by chemists from all over the world and that the product was the result of many years of research. With samples at reasonable prices that were frequently advertised in striking campaigns, first-time buyers had the possibility to try the cream themselves.

But the key element was the campaign‘s emotional appeal that could not have fit in better with the golden age of Shanghai in the 1920s and 1930s – looking back in 1957, the Zürcher Weltwoche newspaper referred to it as “Shanghai, the virtuous Babylon”. When individuality and self-fulfillment have top priority, body care and the wish for recognition are very important, too. Slogans such as “Women with an ideal of beauty should use NIVEA” (爱美仕女 硬搽 能维雅) or “Everyone will admire healthy and beautiful skin” (肌肤健美人人羡爱) convey an idea of how people thought back then. Ladies with an extravagant hairstyle, either in stylish dress, in provocative bathing suits on a diving board by a swimming pool or in tennis gear, along with gentlemen wearing ties embodied the ideal of those times in Nivea advertisements.

The investments made in these campaigns that could be found in well-known daily newspapers in Shanghai, Tianjin or Qingdao were not only successful because they familiarized customers with the brand but also because they boosted sales at the various Nivea outlets in the country such as pharmacies, department stores or shops for products from abroad. The advertisements were also an important argument to convince potential marketers to join the constantly growing sales network. Beiersdorf wanted them to include the “Top skincare product (护肤珍品)” that was so popular in the western world into their range of products. On top of that, the inevitably attractive dealer selling price made the product even more interesting.

The Beiersdorf headquarters in Hamburg has been committed to the Chinese market and invested into launching local marketing activities. In doing so, Beiersdorf successfully established the brand among customers and made it equally attractive for Chinese marketers. What is more, it gained a lead over its Chinese competitors and in the fight against the counterfeits readily available on the market. A look at the business press leads to the impression that Beiersdorf‘s current advertising campaigns in China are aiming for no less than a renaissance of a successful past. at